Promises and Pitfalls of Ashtanga Yoga – By Marta 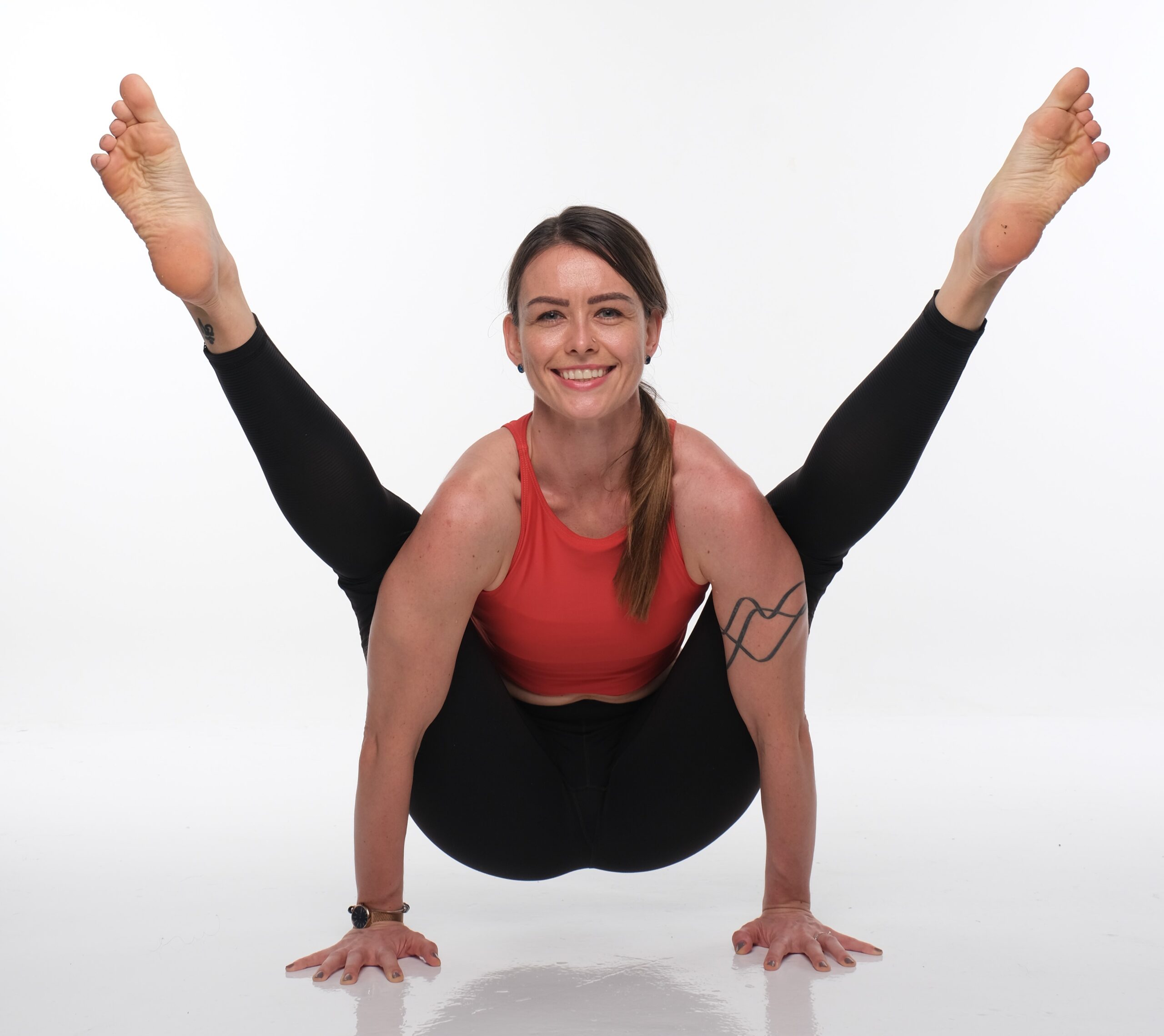 The term Ashtanga Yoga was used for the first time more than 2000 year ago by the wise teacher Patanjali. In his book, nowadays recognised as the main source of the teachings on yoga – “Yogasutras of Patanjali” containing 196 aphorisms (sutras) author describes the meaning of the words Yoga and Ashtanga.

THE ART OF YOGA

Yoga, as Patanjali wrote in the second sutra of the first chapter is “chitta vritti nirodhah” – the practice of calming of the mind. (Citta or chitta – mind, vrttis – fluctuations, obstacles, nirodhah – peace, calming).

‘ Yogash chitta-vritti-nirodhah.’ –  ‘Yoga is the complete settling of the activity of the mind.’

Through the practice of yoga (which includes the practice of asana, but this was never meant to be a preliminary and ultimate practice), we allow ourselves to calm the mind, to keep it clean and serene which, as great Gurus say, allows us to shine with the inner light from within.

‘Remember, the main aim or goal of Yoga is to have good control over the mind. To keep the mind clear and serene is all that is necessary to reflect the inner light or the God within.’

Yoga, according to Patanjali, is the eightfold path leading us towards the liberation known as Ashtanga Yoga. The word Ashtanga is composed of two Sanskrit words: astau = eight and anga = limb. We practice Ashtanga Yoga at its fullest, when we allow all the 8 limbs of the practice to dwell in our hearts.

Yet, despite there are 8 aspects of Ashtanga, only 4 of them can be practice externally. The following 4 are the part of the internal practice which can not be seen or taught by the teacher and it belongs to the process of self discovery, which the practitioner enters, once he masters the firsts four limbs.

The limbs are as follows:

While the first four limbs can be practiced in any order, the following four limbs happens one after another, as each following requires even greater devotion and immersion into the practice.

In the modern tradition of yoga, which is worldwide spread only since the early half of the past century by the wise scholar and yogi Sri Krischnamacharya, we focus on the practice of hatha yoga.

Hatha (hatha from Sanskrit = force) refers to any system of physical exercises and breathing control used in order to heal the body and calm the mind. Either dynamic Ashtanga, more static Iyengar or hot Bikram yoga – all belong to the vast group of hatha practice – The physical practice. You might have noticed, that very often the gentle and static asana classes are being referred to as Hatha Yoga. That is correct. But in fact, all other yoga classes could be also described by the same name.

Why, if yoga is much more than just the ‘force’ practice, only hatha yoga became so popular and other yoga practices like Bhakti Yoga or Karma Yoga focusing on the inner development don’t make their ways into the modern lives?

One of my teachers once said, that because the physical practice is the easiest of all 4 limbs of practice, therefore the most accessible to most of the contemporary ‘yogis’.

Despite that the asana is the one which became famous and which brought yoga to the crowds, the other three aspects of the practice (yama, niyama, pranayama), should be never neglected by a person studying or practicing the powerful method of yoga.

Nowadays, there are dozens, if not hundreds various ways to practice hatha yoga. Some of them, almost forgetting the deeper layer of yoga and focusing purely on the physical performance are becoming a modern version of physical activities of the XXI century.

Yet, there are still practice methods which closely stick to the tradition. One of them, and the only one which keeps thousands of practitioners worldwide challenged throughout their lifetimes is Ashtanga Yoga.

In Ashtanga Yoga w distinguish 6 series of asana practice and despite that most of them are being revealed through the media and internet, they still should be learned only by the direct ascension of the knowledge passed by the teacher onto the student. This particular process of learning is known as Parampara. Not one of the Ashtanga Yoga postures should not be learned from the book or video if not ‘prescribed’ by your teacher.

Ashtanga should be practiced 5-6 days week, and the 7th day of the week (usually Saturday or Sunday) is being called a ‘day off’. Moreover, the days following the full and the new moon as well as the first 3-5 day of menses (for women) should be also considered as days free from the practice. It doesn’t mean that everyone who starts to practice should right away jump into a 6-day routine, but that should be eventually the aim for each of the practitioners, so that the portion of practice becomes part of their daily habits, and not just an activity done in the free time.

On average, as it’s being said, it takes about 1000 repetitions of the posture to be understood by the practitioner. It gives, practicing daily, about 3 years of practice for each of the series, before one may approach the more advanced sequence.

Despite that on the physical level it might seem quite long for those, who have strong and supple bodies and are being able to master the poses in much shorter period of time, mastering the physical expression of the asana, doesn’t always go along with the amount of focus and self-insight which are necessary in order to receive all the benefits of Yoga practice.

Often, practitioners with ‘stiff’ or injured bodies, whose journey through Primary Series takes longer and who are meeting many physical obstacles on their path, develop deeper understanding and sense of discipline throughout the practice. This brings them closer to the understanding of the power of the method and allows for spiritual insights and growth.

In the world of yoga, we believe that “the path is the goal”.  This being said, every yoga adept should understand that achievement of any advanced position will not bring him closer to the understanding of the spiritual method of yoga. Nothing else, but the quality of the breath and state of the mind can only indicate whether the practitioner mastered the pose and got ready to advance in the practice.

It quite easy to get trapped by the belief of having an advanced practice only because of being able to perform an advanced pose. But yoga is not about developing a bendy body. If it was, would then the contortionists and ballet dancer turn out to be the wisest of all yogis? Even having a stiff and weak body, one can develop an advanced understanding and insightful practice.

Another risk is awaiting yogis practicing without understanding – and without a supervision of an experienced teacher – is an injury.

Through the wise and mindful practice one develops a great understanding of their own body. But trying to approach a position which the mind and the body are not ready for – can end up with the injury.

I sometimes hear students saying – ‘I have shoulder pain because of the chaturanga.’ In fact, it is not the chaturanga that brings them the pain. It is the way we perform the chaturanga, causes the suffering. Having a look at the wrong habits and misalignment would be a solution in that case, and not giving up on the practice. In fact, daily practice can help to heal the injuries and  even deal with chronic diseases.

Worth to mention at this point – a key to a healthy bodily habits is a daily practice. As much as the Primary Series can be practiced without greater preparation and is approachable by students who don’t practice on the daily basis, practicing intermediate series (deep stretches for the upper and lower back in positions like dvipadasirsasana or kapotasana) or any of the advanced series may easily strain the back or shoulders. The positions of intermediate and advanced are very powerful and intense and can easily cause more bad than good if performed without the preparation in the form of daily practice and without the right state of mind.

This being said, Ashtanga Yoga is like a sharp knife. It can literally save your life (as a knife can save it by allowing you to prepare your food) but used inadequately or with a wrong purpose, can be hurtful and dangerous for your health.

‘Through the practice of the different limbs, or steps to Yoga, whereby impurities are eliminated, there arises an illumination that culminates in enlightenment.’

Repetitively practicing the sequence of postures as we do in ashtanga, is the most powerful way not only to better comprehend the anatomy and the workings of our own bodies, but it helps us break out of our habitual patterns of behaviours that block us from experiencing our true nature. It takes us towards the connection with all the living creatures and objects that surround us.

If done rigorously, daily practice can open for us the wider understanding of yoga by teaching how to understand our life on the more subtle level than just the physical. Dealing with fears and aversion towards various postures, can help us to tame the same emotions in the daily life.

The way we practice is a great mirror of our personality, and by having a deeper insight into the practice, we can work on our weaknesses and deal with both mental and physical suffering and anxieties.

Daily, non judgmental practice connected with deep breathing will bring love and harmony to your life. You will learn how to work with joy and involvement without expecting the fruits of your actions. You will find your inner peace and finally understand that there is “nowhere to go, nothing to do”. That you have finally “arrived home”.